Ross kicks things off by explaining that Verold makes it easy to create highly engaging interactive experiences using 3D, video and audio that will integrate seamlessly into the open web. Basically they are taking game engine technology and making it accessible to the web developer. Starting with the assertion that building web content is a different pipeline than you’d find for game development, Ross explains that typical web developers don’t have CG artists and a lot of sophisticated 3D capabilities. To help them, Verold is taking the 3D pipeline and is packaging it in a way that a web developer can use. They have their own engine technology that is built on an open source stack (primarily 3.JS). WebGL is really the technology that powers all of this Mr. McKegney explains as it gives the web developer access to the graphics card through JS (the rendering library) and Verold (the engine and the tool kit) that makes it truly accessible to anyone creating content on the web.

Moving forward, Ross asserts that web developers are amazingly creative – they have a great tool kit already and Verold is bringing that kit to a new level. With Verold it is also important that developers can build once to work on a desktop browser and then have that experience run really well on a mobile browser as well. Steve jumps in and asks about the business model and where the costs come in. Ross explains that the Verold workflow is online. They have an online editor that is completely open and free. You can go in and try it out, build a simple presentation or say upload your work if you’re an artist and show it off. What they do charge you for is to publish commercial content. Costs there start at $30 per month for 20K views and scale up from there. So, McKegney asserts, if you are a small organization and just want to put your products online it is very accessible.

Next, the men talk about some of the possibilities that can be powered by Verold and Ross provides a couple of examples of current and soon to be Verold users. Being a promising tool for the educational world, Mr. McKegney talks about their recent announcement that Verold is partnering with Pearson Education to create interactive educational content, and has joined Amazon, along with Alexx Henry Studios in “pushing the boundaries” to create the first Kindle-based interactive experience (launched in July 2014). One could, say, “talk about an object onscreen and have it viewable online simultaneously as an interactive 3D rendering.” For a live show, the object could be scanned in real-time into the web browser, and the user at home could view the object, spin it, and virtually interact with it as it is being handled similarly on the live program. The key is to deliver new kinds of storytelling and engagement driven by 3D.

Mr. Waskul wonders if the technology is capable of creating not just an object, but a whole world in which users could move through. Ross asserts that that is also possible. “Pretty much anything you would want to do as a web developer with a gaming engine, like Unity for example, you could do with Verold”. The main difference is that Verold “is not going to have all the gaming features that Unity would have,” but, Verold has “the web development features that the traditional game engines don’t have.” To understand and broaden that picture, Ross points out that the web developer can, with Verold, create a 3D world, but, it’s not just a 3D world. It’s part of a larger web application. With Verold, you could have a 3D world online that the user can move through while allowing them to click on objects that interact with the web – say opening up a Wikipedia page as a sub-nav for example. You can use social and all the benefits of the web. In Ross’ words, “You get all the benefits of the web and the benefits of a 3D engine, deliverable to any device”.

Steve then wonders how the hosting works and how difficult or easy it is to implement. “You can build and publish with us,” meaning Verold will host the content on their servers, “or you can export the content to your own servers, and host it yourself” at no cost difference Ross explains. “The beauty of what we’re doing is, it’s JavaScript. We’re not saying throw away everything you have and re-create it in Verold; we’re saying, take what you have and make it better using Verold.” A web developer will “go into Verold, create their scene and then add a line of JavaScript code to the webpage that says ‘load my 3D into this area of the page,’ and you’re done.” It’s “as easy as adding a YouTube video to your page.” In an answer posed by Mr. Waskul, Ross confirms that the outcome is seamless, so that developers can truly integrate Verold into their designs in an elegant way. “We really want to see 3D on the web and whatever it takes, we’ll do it to make that happen.”

Waskul.TV is looking forward to the future and to what it will bring as applications continue to evolve and unleash the creativity of those who are working to breathe life into new experiences delivered to global audiences across a multitude of devices. 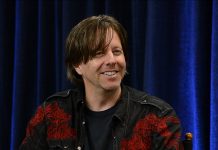 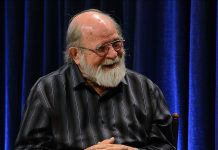 Artist and Art Historian Roman Verostko on His Life’s Work