Roman Verostko is an American artist, art historian and Professor Emeritus who has won significant recognition for his algorithmic art. In this interview from SIGGRAPH 2014, Roman shares some of his life experiences with Steve Waskul.

As the interview begins, Roman takes up his early experiences in art gained during his studies at the Art Institute of Pittsburg. Entering at the age of 18 and graduating at 20 in 1949 with a major in illustration, this training provided the background he would leverage later in his artistic endeavors. He admired the work of Norman Rockwell and of other great illustrators he saw in the magazines of the day. His early vision was to be “one of those guys”. At Art Institute he learned portraiture and landscape painting in water color and oils, typography, print making and “pretty much everything you needed for graphic design.”

During this part of the interview, Roman reflects on one of his teachers that was quite special to him, Vincent Nesbitt, who was trained in a 19th century Russian academy. He wanted his students to be incredibly clean in all their activities and was very specific in how one managed everything. “Suppose you have a client and they’re wealthy and you’re in their living room area, you can have paint over everything.”

The men next take up another interesting move made by Verostko in his early life. In 1950 he entered the Saint Vincent Arch Abbey program for monks (The Monastery of Saint Vincent Arch Abbey, established in 1846, is the largest Benedictine Abbey in the United States). “Why would you go and join a monastery?” “You’d have to be in that context” to understand Roman explains. It was partly out of his experience with WWII (he had other brothers and many friends who had been killed during the war) the aftermath of which had many repercussions for people. The history of the Abbey was familiar to him growing up in the area and monastic life had a great draw for him so, he decided to join and the next thing he knew he was taking his simple vows, then his major vows and before he know it he was an ordained priest.

During the next period of his life, Roman studied in New York and Paris and was even an editor of the 1967 edition of the New Catholic Encyclopedia which was a multi-volume reference work on Roman Catholic history. This was a four to five year intensive project for Roman and was worked on at the Catholic University of America and the final 15 volume product was published in association with McGraw-Hill.

All through this time Roman maintained a studio and painted. His plan was always in monastic life to have a background in both the academic side and the studio side so he could help create a center that would transform the way the church was involved in art. “We were going to change the world of course” he reflects “with a tremendous change in how the art was done”. To this day Roman says that the paintings created during this period of his life were fine works and that they hold up even today.

Steve then brings up a major shift in Roman’s art that occurred as made the transformation into “digital art”. After leaving religious life in 1968 and getting married to Alice Wagstaff in August of that year, he moved from Pittsburg to Minneapolis and took a position at the Minneapolis College of Art and Design. Roman injects that this was an intense time in art and technology and he had already had some experience with synchronized audio-visual programs at the monastery where he had created what he called “Psalms in sound and image”. So, in the transition into secular life, Roman maintained and expanded on his interest in art and technology.

The journey into algorithmic art per se for Roman began with a class in Fortran programing at CDI and his early experimenting with code. When he finally got his own PC he converted his studio into an electronics studio and began experimenting with pen plotters which became his “electronic scriptors”. Steve jumps in and helps explain a bit of what these devices looked like and Roman says that really you could look at them as an extension of one’s own arm. In his efforts he wanted to create an intelligent system that would create “generative art” – art that could generate form from the “art making ideas” in his mind through technology. For the last 30+ years, this has been a passion for Roman and has led to numerous awards and his works being featured in over 30 exhibitions in New York, Tokyo, Berlin, Rome, Istanbul and Lima. Without question he has “mastered the pen plotter” as he says.

One of the great moments of his life was receiving the Golden Plotter award in 1994. A number of his colleges also received this award over the years and you can see how excited Roman is about taking these devices and creating art with them. “The first graphics were always made with these kinds of machines” he relates. Picking up on this, Steve mentions how gratifying his first experiments in “computer graphics” were which were somewhat contemporaneous with the work being done by Roman in the mid -1970s. These were basic programs that would print out simple playing cards on a black and white teletype machine or images from code created with punch cards. Steve recalls that one hand would take close to 10 minutes to “print” but that he remembers the satisfaction he had writing the code that created that result. Acknowledging that this was a small feat compared to what Roman would be accomplishing with his pen plotters in the 1080s, Steve imagines that the creative inspiration and subsequent satisfaction felt by Roman at that time must have been very fulfilling.

Roman agrees with Steve and continues by discussing his passion for brushwork and how he was able to adapt his drawing machines to handle the brushes. He learned a tremendous amount from these efforts and realized that once you had a brush stroke coded, you could play with that code and manipulate, innovate, improvise and even do things that would be impossible to do by hand.

Clearly you’ll see Roman’s passion for his work during this interview. It was a great pleasure for us to have this opportunity to share time with Roman. We hope you enjoy the stories he relates and his passion for his art. 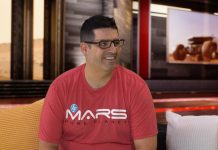 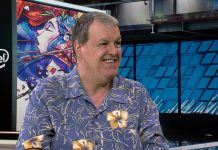